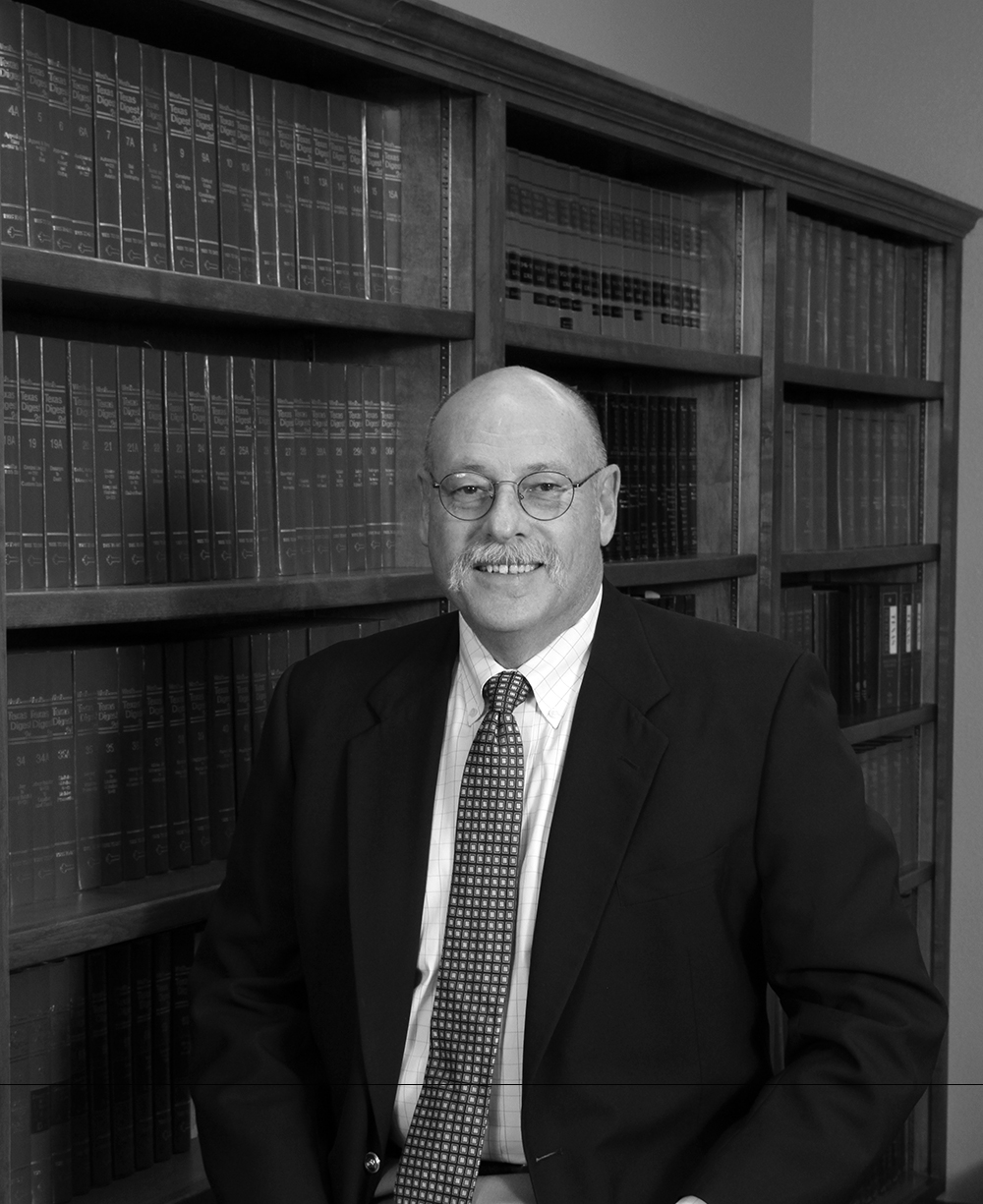 Calloway Huffaker is a native of Tahoka, Texas, and was admitted to the State Bar of Texas in 1988. Calloway attended Texas Tech University where he served the university as a member of the Saddle Tramps and as Tech’s mascot, Raider Red. He received a Bachelor of Science degree in Mechanized Agriculture in 1983. He completed his legal education at St. Mary’s University School of Law, receiving a Juris Doctorate in 1988.

He has served the Texas Agricultural Lifetime Leadership from 1994 through 1996. Cal is a member and Life Fellow of the State Bar of Texas and has spent his life in service to others. He is currently certified by the State Bar of Texas as a Guardian ad Litem.  He has served as a member of the Lynn County Hospital District and the Tahoka Housing Authority and as city attorney for West Texas towns in the area.

Cal is married and enjoys spending time with his beautiful wife, Gretchen, and also traveling, hunting, farming, working with his hands, and entertaining family and friends. Calloway follows in his grandfather’s footsteps by providing his legal knowledge and expertise to the West Texas area.

Hunter Harris grew up in Lubbock, Texas, and was admitted to Texas State Bar in 2013. Hunter attended Texas Tech University where he received a Bachelor of Science degree in Exercise and Sport Science in 2008. He pursued his legal education at South Texas College of Law, receiving his Juris Doctorate in 2013. Hunter has served as an associate attorney at a construction litigation firm, in Houston, Texas, from 2014 to 2015 before deciding to return to his West Texas roots to serve the community.

Hunter is a trained mediator in the area of civil law and centers his practice in the areas of family law, estate planning, probate, and real estate, as well as serving as an assistant city attorney for several municipalities in the West Texas area. He is also certified by the State Bar of Texas as a Guardian ad Litem. Hunter became a shareholder and partner in Huffaker & Harris in 2019.

Hunter and his beautiful wife, Ashley, reside in the area, where they are raising two handsome and energetic boys. Hunter enjoys tennis, golf, playing at the lake, supporting Texas Tech sports, and spending quality “dad-time” with his family. 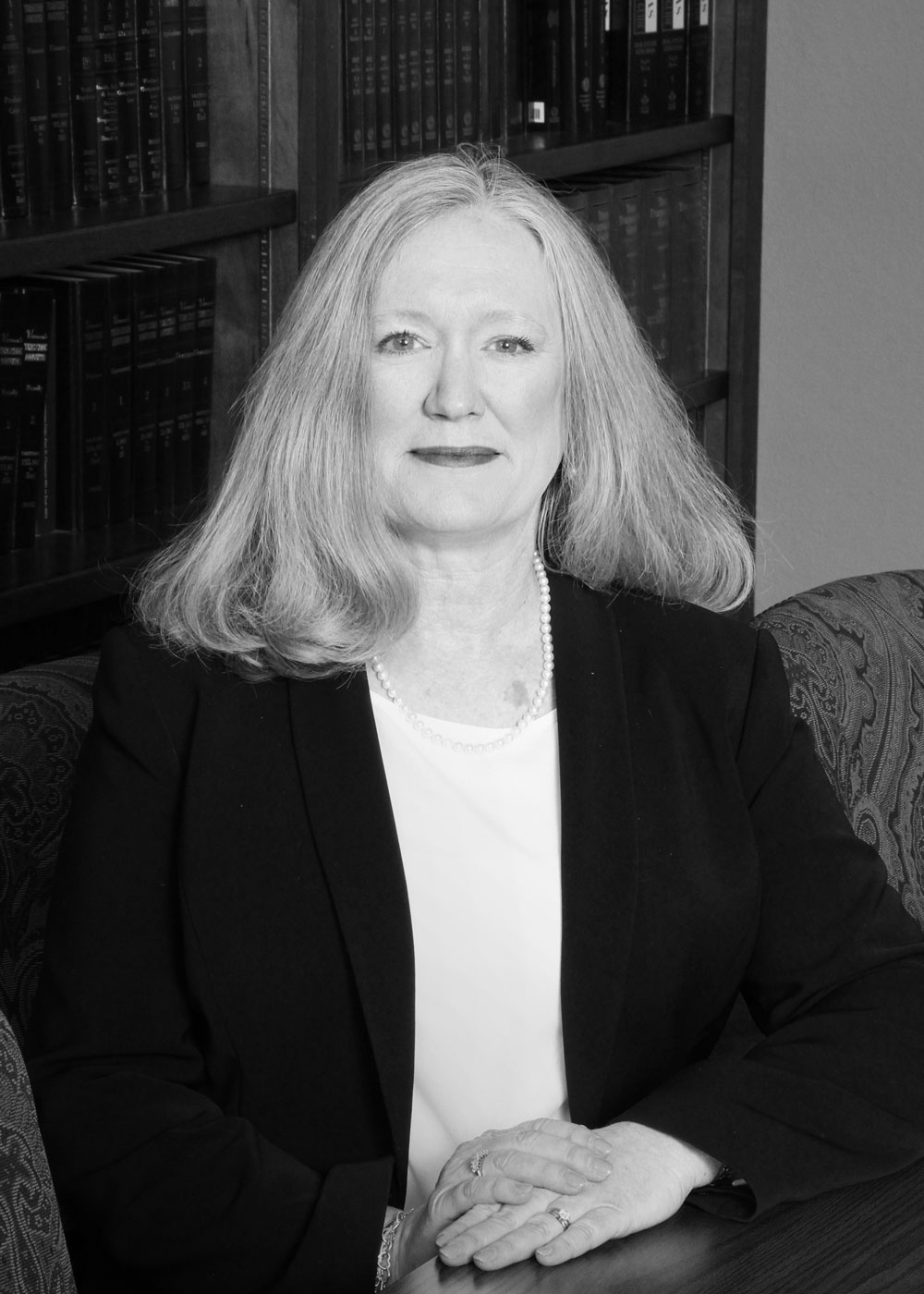 Caroline A. Clark grew up in Brownwood, Texas, and was admitted to the State Bar of Texas in 1995. She attended Howard Payne University, where in 1985 she received a Bachelor of Science degree in Secondary Education and a Bachelor of Arts degree in English.

After teaching English at the high school level, she attended law school and completed her legal education at the University of North Dakota School of Law, receiving her Juris Doctorate degree in 1994. She is a member of the State Bar of Texas. Her prior professional memberships include memberships with the Texas District and County Attorneys Association and the Texas Criminal Defense Lawyers Association. She is a trained family law mediator and civil mediator. She is also certified by the State Bar of Texas as a Guardian ad Litem.

Caroline is married to her high school sweetheart, Kelly Clark, who is also an attorney practicing in the Lubbock area. Kelly and Caroline have two children, Kelsey and Connor, Fightin’ Texas Aggie Classes of ’19 and ’20. Caroline enjoys spending time with her family, doing creative things, and being a dog mom to Kronk, the family rescue.

Amanda J. Chisholm is a Lubbock, Texas native and Coronado High School graduate.  She was admitted to the Texas State Bar in 2003.

Mandy had the privilege of serving as law clerk for the Honorable Justice Lee Ann Dauphinot of the Second Court of Appeals from 2003 to 2005. Mandy has worked as an associate attorney at firms in Fort Worth and Lubbock and is a trained mediator in the area of civil law, as well as being certified by the State Bar of Texas as a guardian ad litem.

Mandy is married to Mark, who is also an attorney practicing in the Lubbock area. Mark and Mandy have two beautiful children. Mandy is an avid tennis player and competes throughout the state. Mandy enjoys hunting, playing tennis, and attending sporting events with her family.

Serving the Legal Needs of Our Texas Neighbors